We listen to stuff outside of H!P? What?!? 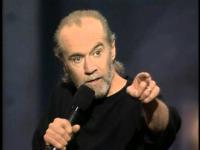 Kerbera is Seike's (ex-Seremedy) new band and they just released the music video for their first single. (I'll update with details later.) Apparently there are rumors that Seremedy broke up because of issues between Yohio and Seike, which I wouldn't doubt due to Yohio's sudden popularity and attitude change. And Seike himself has even said that they aren't friends anymore. Anyway, this kind of makes me believe those rumors. The lyrics are oh so subtle with that "Fuck you" message.
Kerbera - Inglorious
<div>